You are here: Home1 / Authors & Artists 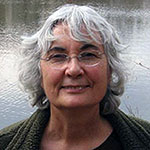 Gaby Bedetti is a photographer, writer, teacher, and translator working in Lexington, Kentucky. Her work has appeared in Pine Mountain Sand and Gravel, Puerto del Sol, and World Literature Today. She is circulating a co-translation from the French of the poems of Henri Meschonnic, a writer who eschewed traditional forms and believed in language’s ability to dissolve borders. Visit her at gabriellabedetti.wordpress.com/. 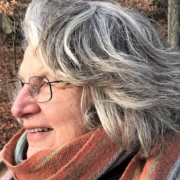 Polly Brown, author of Pebble Leaf Feather Knife, has recently resettled a family place uphill from the Sandy River in western Maine. Her poems have been nominated for the Pushcart Prize, and won awards from the Worcester County Poetry Society and Massachusetts Arts Foundation. Other recent poems have appeared at quartetjournal.com and canarylitmag.org, and in the Atlanta Review and Naugatuck River Review. Wanderlust and love of travel have taken Katacha Díaz all over the world to gather material for her stories. Among the children’s books she has authored is Badger at Sandy Ridge Road for the Smithsonian Institution’s Backyard series; and, Carolina’s Gift: A Story of Peru for the Make Friends Around the World series for Soundprints’. Her prose and poetry has been internationally published in literary journals and anthologies. Katacha lives in the Pacific Northwest, USA. (Photo by Larry Miller). Claudia Gary lives near Washington DC and teaches workshops on Villanelle, Sonnet, Natural Meter, Poetry vs. Trauma, etc., at The Writer’s Center (writer.org), currently via Zoom teleconference. Author of Humor Me (2006) and several chapbooks, most recently Genetic Revisionism (2019), she is also a health science writer, visual artist, and composer of tonal chamber music and art songs. See pw.org/content/claudia_gary; follow her on Twitter at @claudiagary. (Photo by John P. Flannery) Jasper Glen is from Vancouver, Canada. He holds a BA in Philosophy and a JD. His poems appear or are forthcoming in Posit, Streetlight Magazine, Tofu Ink, fauxmoir, NiftyLit, and other journals. 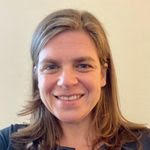 Katherine Gustafson, a professional freelance writer based in Portland, Oregon, has published fiction in the Iowa Review, where she was a runner-up for the 2006 Iowa Review Award for Fiction, Passages North, Litro, Solander: The Magazine of the Historical Novel Society, and The Argonaut. Her essays have appeared in The Christian Science Monitor, Utne Reader, and Best Women’s Travel Writing, among others. She is the author of the nonfiction book, Change Comes to Dinner. 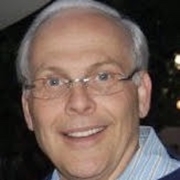 Jim Hodge lives in Denver, Colorado and has spent the last 45 years in the field of philanthropy. He is a blogger, published author, teacher, and consultant in his profession. He has found lifelong refuge in nature and the arts, especially poetry and photography. Jim is an unpublished poet who finds beauty beyond words in the poetry of others and in service to a world pleading for and needing more beauty.

Sandhya Krishnakumar teaches French as a foreign language, relishes words in any form, and enjoys reading and writing poetry. An English literature graduate, her poems have appeared in The Peacock Journal, The 3 Elements Literary Review, Amsterdam Quarterly, and other literary magazines. Born and brought up in Kerala in southern India, she currently lives in the Netherlands. 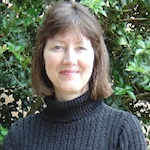 Donna J. Gelagotis Lee is the author of two award-winning collections, Intersection on Neptune (The Poetry Press of Press Americana, 2019), winner of the Prize Americana for Poetry 2018, and On the Altar of Greece (Gival Press, 2006), winner of the Seventh Annual Gival Press Poetry Award. Her poetry has appeared in journals internationally, including Amsterdam Quarterly, Cimarron Review, Feminist Studies, Magma Poetry, and The Massachusetts Review. Her website is www.donnajgelagotislee.com. 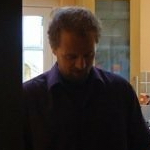 Edward Lee is an artist and writer from Ireland. His paintings and photography have been exhibited widely, while his poetry, short stories, non-fiction have been published in magazines in Ireland, England and America, including The Stinging Fly, Skylight 47, Acumen, and Smiths Knoll. He also makes musical noise under the names Ayahuasca Collective, Orson Carroll, Lego Figures Fighting, and Pale Blond Boy. His blog/website can be found at edwardmlee.wordpress.com 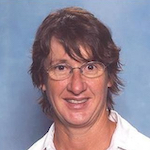 Karen Lethlean is a retired English teacher. Her story, ‘Ever Present Predator’, is being published in Pareidolia Volume 2. ‘In Isolation’ was published in the San Antonio Review . She also writes about her military service in her memoir entitled Army Girl. In addition, she is a triathlete who has competed twice in the Hawaii Ironman World Championships. Two of her triathlon pieces have been published in The Creatives Journal and in World Wide Writers. Timothy Liu’s latest opus, Down Low and Lowdown: Bedside Bottom-Feeder Blues, will be out from Barrow Street Books in Spring 2023. His previous books include Vox Angelica, Say Goodnight, Of Thee I Sing and Luminous Debris: New & Selected Legerdemain (1992-2017). His poems have been translated into over a dozen languages, and his journals and papers are archived in the Berg Collection at the New York Public Library. More can be perused at www.timothyliu.net.

Susan E Lloy is the author of two short story collections, But When We Look Closer (2017) and Vita (2019) and a children’s book, Coo and the Loo (2021). Her third collection, Nothing Comes Back, will be released spring 2023. For fiction she continues to write about unconventional characters who exist on the edges of ordinary life. She is currently finishing up her fourth collection of short stories. Lloy lives in Montreal. In 2021, Bryan R. Monte was a finalist in the Hippocrates Open Poetry Contest (placed second) and in the Gival Press Oscar Wilde Award, and in 2022, a commended poet in Hippocrates’ Contest. Recently, his poetry has been published in the Arlington Literary Journal, Irreantum, Italian Americana, and the South Florida Poetry Journal. In November 2022, his book, On the Level: Poems on Living with Multiple Sclerosis, will be published by Circling Rivers (Richmond, Virginia). Uchechukwu Onyedikam (mystic poet) is a creative artist based in Lagos, Nigeria. He’s been published in several print and online journals and magazines. With regards to the intense passion he nurtures for poetry, he’s open to work with other creatives from around the world. He looks forward to exploring all of humanity with words in a world where everyone else is hurting from bombs and guns. His poem, ‘Ten Years’, is on YouTube at https://youtu.be/rXxmuJseh8w. (Photo: OEO Kr8ative)

bart plantenga is the author of Beer Mystic, Wiggling Wishbone, Spermatagonia, Paris Scratch, NY Sin Phoney in Face Flat Minor, and LIST FULL, a book of list poems. His YODEL-AY-EE-OOOO: The Secret History of Yodeling Around the World, Yodel in HiFi and CD Rough Guide to Yodel have created the misunderstanding that he’s the world’s foremost yodel expert. He’s been a radio DJ in NYC, Paris, Rotterdam, and Amsterdam since forever. He lives in Amsterdam. 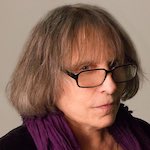 Evelyn Posamentier is the author of Poland at the Door (Knives, Forks And Spoons Press, 2011), brainiography (The Argotist Online, 2010), and The Royal Blue Car (The Argotist Online, 2011), RAW Art PRESS First Print Edition, 2017). Poland at the Door was selected as one of 2012’s best books by Sabotage Reviews. Her poetry has appeared in New York Quarterly, Drunken Boat, 3 a.m. Magazine, Free Verse, Oxford Poetry, The Quarterly Journal of Ideology, and The American Poetry Review. Eoin Rogers is a graduate of the NUI Galway MA in Writing. His work appears in Poetry Ireland Review, Cois Coirbe, 2 Meter Review, and on the RTÉ Culture site. In 2020, he was highly commended for the Cúirt New Writing Prize and he was selected to participate in the Stinging Fly Summer School. In 2021, Rogers received a Words Ireland Mentorship. He lives in Dublin. 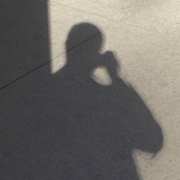 Kevin Vivers has been a photojournalist and fine art photographer for over 40 years. His work has appeared frequently in literary journals including The Parliament and Flora Fiction and his photographs have also been selected for several juried exhibits across the United States. Currently, the agricultural/industrial complex is a long-term project he is developing. 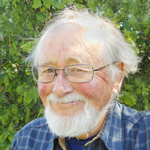 Bob Ward is a poet, photographer and Quaker, born 1931. Following a career in chemical research and various branches of education, he retired to North Norfolk, UK, where he continues to explore the borderlands between science and the Arts. In particular he relishes the interplay of texts and visual images. His publications include: Trusting at the Last (Hawthorn Press, 2011) and Lines of Inquiry (Meniscus, 2017). He has contributed to several previous issues of AQ. He is also an Associate of the Royal Photographic Society. 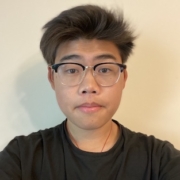 Ray Zhang currently resides in Michigan and he has an unquenchable love for art and writing. His work can be found in the Blue Marble Review, Pulse, and The Albion Review, amongst others. In his free time, Ray loves exploring the endless Michigan wilderness and fishing the Great Lakes.