Amsterdam Quarterly was founded in 2011 to publish, promote and comment on writing and art in Amsterdam, the Netherlands and the world. AQ publishes work in ten genres: art, articles, drama, essays, fiction, interviews, memoirs, photography, poetry and art and book reviews. It is published online in the spring, summer and autumn and as a print-on-demand compilation anthology in the winter. AQ’s past issues have included interviews with NPR/BBC celebrity humorist and writer David Sedaris and 2009 T.S. Eliot Poetry Award winner Philip Gross, and art by acclaimed visual artist Yolanda V. Fundora.

Amsterdam Quarterly also has a monthly writers’ group which meets the third Sunday of the month (September to June) in an Amsterdam Jordaan district café. Admission to the writers’ group is through publication in one of AQ’s issues or by sending an admission’s manuscript of seven to ten pages in your genre to editor@amsterdamquarterly.org . (Please wait for written permission to join the group). 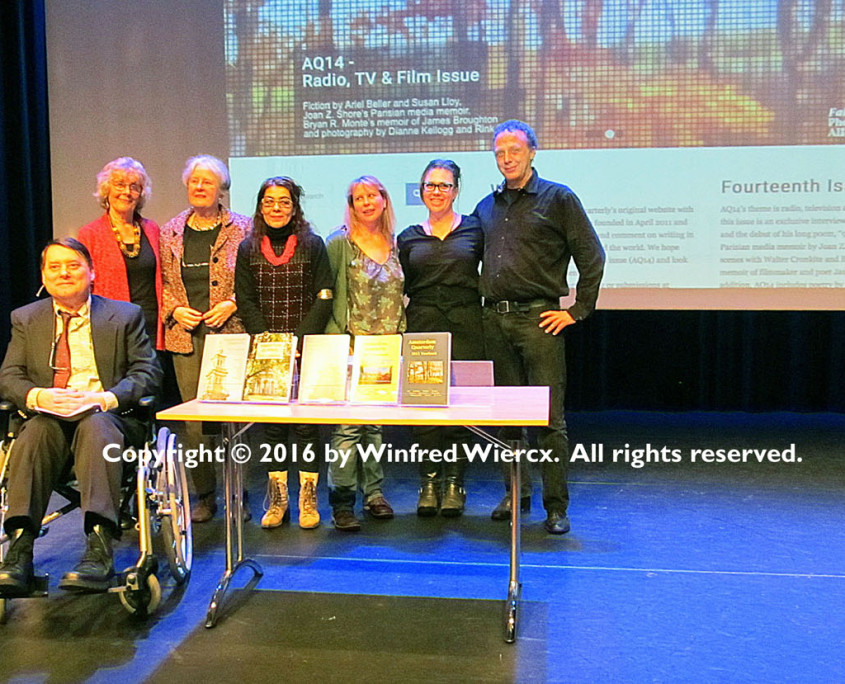